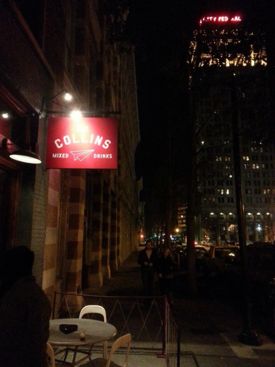 The Collins is a neighborhood bar and live music venue located at 2125 2nd Avenue North.

In 2013 Andrew Collins, the long time owner of Lyric Hot Dogs, purchased Metro Bar and opened The Collins that fall.

In January 2014, Southern Living magazine named The Collins as one of the "100 Best Bars in the South".