This article is about the novelist. For his grandfather, the attorney, see John Walker Percy. 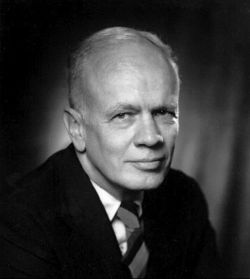 Though LeRoy was born an Episcopalian, attending Saint Mary's-on-the-Highlands Episcopal Church, he married into a family of staunch Presbyterians. LeRoy and Mattie Sue becane strong adherents of the social-gospel theology of Henry Edmonds and followed him in his 1916 split from South Highland Presbyterian Church to form the Independent Presbyterian Church, and it was in this church that Walker grew up.

When Walker was 1, his grandfather Walker shot himself, in what was reported as an accident, but apparently suspected by the family to have been a suicide. On March 9, 1918, LeRoy Percy entered the aviation section of the Signal Corps and was sent to Austin, Texas to attend the School of Military Aeronautics. While their father was away, Mattie Sue moved with her two sons Walker (now 2) and LeRoy (an infant) to her family's home in Athens, Georgia.

After returning to Birmingham, Walker was enrolled at the Birmingham University School, a predecessor to the Altamont School.

On June 9, 1929, when Walker was 13, his father LeRoy committed suicide. Mrs Percy moved the family back to Athens, but Walker himself took up residence in Greenville, Mississippi with his cousin, William Alexander Percy. His younger brothers (Billups Phinizy Percy was the youngest) joined him under Williams guardianship after their mother, Mattie Sue, drove off a bridge on April 2, 1932.

Percy attended college at University of North Carolina at Chapel Hill, majoring in chemistry. During his college years he sought help from a psychoanalyst, which he continued in New York City while he studied medicine (concentrating on psychology and pathology) at Columbia. He graduated as an M.D. in 1941. The following year his cousin William died of a stroke and he himself contracted tuberculosis. For the next several years he would be confined to a sanitarium. It was then that he took up reading and existentialist philosophy in earnest.

In 1945, battling the tuberculosis he moved to New Mexico and took residence with his high-school friend Shelby Foote. There he met Mary Bernice Townsend and married her on November 7, 1946. The couple moved to New Orleans in 1947 and Percy converted to Catholicism. In 1950 they moved out of the central city to Covington, Louisiana, on the north shore of Lake Pontchartrain, where they raised two daughters Ann Boyd (who was hearing-impaired) and Mary Pratt.

Walker Percy died of prostate cancer in 1990 at his home in Covington.

Percy's first novel, The Moviegoer, was published in 1961. It won the National Book Award for Fiction and placed him among American novelists of the first rank.

Both Percy and Foote greatly admired William Faulkner. As young men, they decided to pay their respects to Faulkner by visiting him in Oxford, Mississippi. But Percy stood in awe of the literary giant and when, one afternoon, they finally drove up to Faulkner's home, Walker Percy could not bring himself to talk to Faulkner. He could only sit in the car, watching Shelby Foote and William Faulkner have a lively conversation on the porch.

Percy was instrumental in getting John Kennedy Toole's Pulitzer Prize winning novel A Confederacy of Dunces published in 1980, over a decade after Toole's suicide.