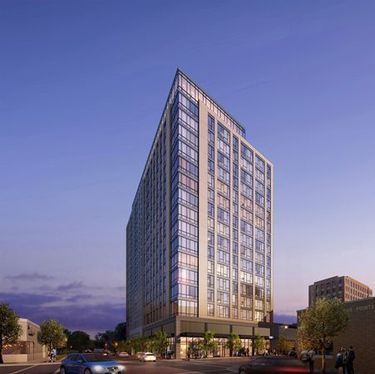 1001 20th Street South is the address of a planned $40 million, 199-unit residence tower at 1001 20th Street South in Five Points South. The project is being developed as a joint venture of Rosemont, Illinois-based Opus Development Company, which first presented it to the Birmingham Design Review Committee in June 2017, along with the McKinney Fund & Company of Plano, Texas.

Myefski Architects of Chicago, Illinois designed the 17-story tower, which includes 199 units, ranging from "junior studios" to 4-bedroom apartments, with an anticipated population of 522 residents. The units, which are being marketed to students at UAB, are to be rented by the room. The building is set to include a multi-level secure parking deck, a fitness center and spa, study rooms and lounges, and outdoor terraces. The 17th floor will house a swimming pool, club room, coffee bar and outdoor grills. Interiors were designed by Creative License International of Tempe, Arizona.

Though Opus initially expected to begin construction in December 2017, no work began until early 2019. "ODC Collingsworth Birmingham LLC", which shares an address with Opus' parent company, was incorporated in December 2018 and acquired the existing building which formerly housed the Emily Shop and The Break, from Frederick Meeks Jr for $2.65 million. Opus announced that the project was back on track on January 8. Rabren General Contractors of Auburn was selected as the builder.