1829 was 42 years before the founding of the City of Birmingham and 10 years after Alabama became a state. 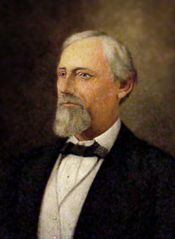