1879 was the eighth year after the founding of the City of Birmingham. 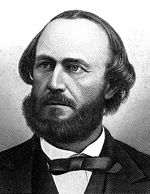 Notable books published in 1879 included Beau Nash by William Harrison Ainsworth and The Begum's Fortune by Jules Verne. Notable music composed in 1879 included "O Dem Golden Slippers" by James A. Bland and musical The Pirates of Penzance by Gilbert & Sullivan.