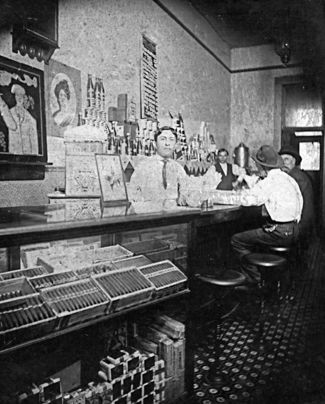 Tom Bonduras at the Bright Star restaurant in 1907

1907 was the 36th year after the founding of the city of Birmingham.