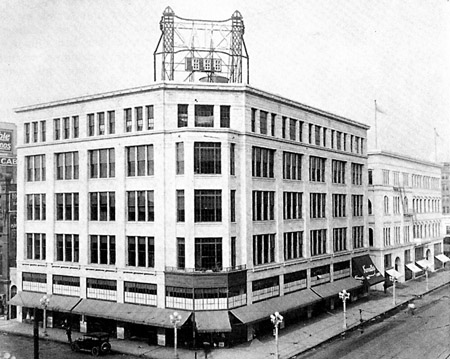 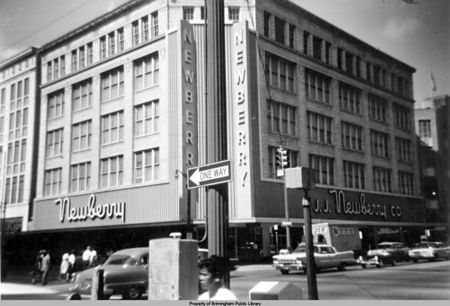 The 1916 Louis Saks building was a 6-story, 90,000 square-foot retail building constructed in 1916 on the northwest corner of 19th Street and 2nd Avenue North for Louis Saks Clothiers, which previously operated from a 3-story building a block south.

The new store was built on the former site of the Florence Hotel, which was demolished early that year. It was developed by the Florence Investment Company and designed by Miller, Martin & Lewis. John Miller accompanied Saks on a scouting trip to Chicago to survey the latest retail architecture. The result was a well-proportioned frame building with ganged window bays above and large display windows at ground level. The terra-cotta cladding, supplied by the Atlanta Terra Cotta Company, featured leaves and vines with lion's heads along the roof line. Roper & Strauss were contractors for the building.

After Louis Saks closed, the store became Melancon's and, in 1936, a J. J. Newberry's variety store. Newberry's commissioned Miller, Martin & Lewis and Edwin McCowan to design a major remodeling of the store in 1961. The $1.5 million update was contracted to the Robins Engineering Company. Exterior improvements included the installation of a wrap-around sign and cantilevered sidewalk cover and new vertical signs at the street corner, both backed by an epoxy-coated aluminum cladding system characterized by vertical fins.

Newberry's closed in 1995, and the building was demolished in 1996 for construction of the McWane Science Center's IMAX Dome theater.