A review of the 1996 festival by John "Jazzfest Johnny" Driver raved, "It is the best lineup of any music festival in the South. Period. I don't know how they do it." 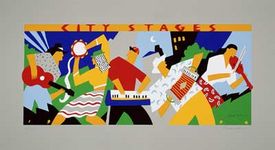 The 1996 City Stages poster was designed by Robert Guthrie