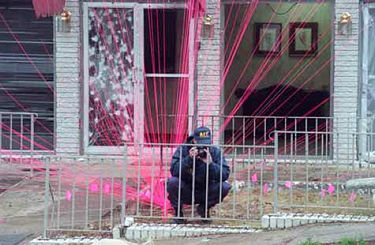 Investigation of the bombing

The 1998 abortion clinic bombing was an act of terrorism committed on January 29, 1998 by Eric Robert Rudolph at the New Woman All Women Clinic on 10th Avenue South on Birmingham's Southside.

Rudolph left a bomb composed of dynamite surrounded by close-packed nails inside a FedEx box in some bushes near the clinic entrance. He lingered near the scene holding a remote-control, which he used to detonate the explosive at 7:33 A.M when he saw that police officer Robert "Sandy" Sanderson, who was providing off-duty security for the clinic, had discovered the device. The shrapnel bomb killed Sanderson instantly, and critically-injured nurse Emily Lyons who had just arrived for work. Sanderson's was the first fatality associated with violence aimed against abortion clinics in the United States.

An eyewitness told police he saw a man remove a blond wig and get into a light-colored Nissan pickup. He noted the license plate, which was traced to Rudolph. The truck was found by hunters near Murphy, North Carolina on February 8, and Rudolph was formally charged on February 14. He was indicted by Federal grand juries in Birmingham and Atlanta on November 15, 2000 on 23 criminal counts. Charges for murder have yet to be filed in state court. 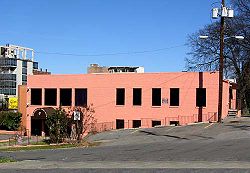 The New Woman All Women Clinic in January 2009

Rudolph remained a fugitive until his arrest on May 31, 2003 in Murphy, North Carolina. He pleaded not guilty to the charges at his first hearing on June 3. On April 13, 2005 he pleaded guilty to the Birmingham bombing, and later confessed to planting bombs at two Atlanta area clinics, a lesbian nightclub, and at Centennial Park during the 1996 Olympic Games in Atlanta. He was sentenced to two consecutive life terms and unspecified restitution in the Birmingham case and two additional life terms in the Georgia crimes. In his written statement, Rudolph declared, "I have deprived the government of its goal of sentencing me to death."

He also elaborated on his execution of the Birmingham bombing:

"The object was to target the doctor-killer, but because the device was prematurely discovered by the security guard, it had to be detonated with only the assistant-killers in the target area. ... I had nothing against Lyons and Sanderson. They were targeted for what they did, not who they were as individuals." [1]