The 2000 City Stages was the 12th annual edition of "Birmingham's World-Class Music Festival". It was held during the weekend of June 16-18, 2000, in and around Linn Park.

The 2000 festival resulted in a shortfall of $500,000 from projected revenues. The next City Stages was moved to May in hopes of being able to book better acts and enjoy milder weather. 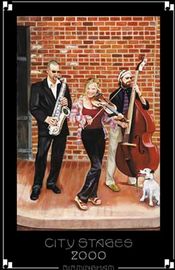