From Bhamwiki
(Redirected from 29 Seven)
Jump to: navigation, search 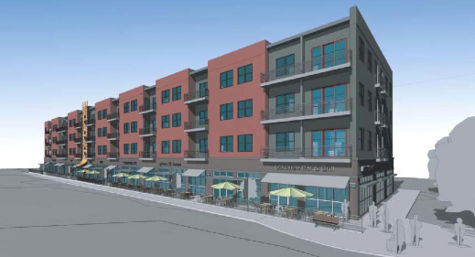 Rise Lakeview (formerly 29 Seven) is an apartment and retail development at the corner of 7th Avenue South and 29th Street in Lakeview. The site, most of which was purchased at auction on June 6, 2006, was made up from four lots which formerly held the Chaos nightclub, the 729 Club, Southside Cafe and Norton's Florist.

Conditions in the residential market and construction financing caused the project to be delayed until 2011. In April of that year a 4-story, 54-unit scheme with 19,450 square feet of retail space was presented to the Birmingham Design Review Committee by Retail Specialists Inc. The $15 million scheme won basic approval of the plan, with the exception of the surface parking shown at the corner of 28th Street and 7th Avenue. Brasfield & Gorrie was the general contractor and construction began in time for an August 2012 opening.

Local investors WeldenField acquired the property in 2021 for $13.65 million.

Before the project opened, an initial slate of retail tenants was announced in 2011 and 2012, including Huey's 24/7 Diner, Jimmy Johns sandwiches, P Jack's Gastropub, and Press It Bistrot & Automat. In October 2013 Retail Specialists followed up with an announcement that Huey's and Press It would not fulfill their tenant agreements and would be replaced by a Babalu Tacos & Tapas.