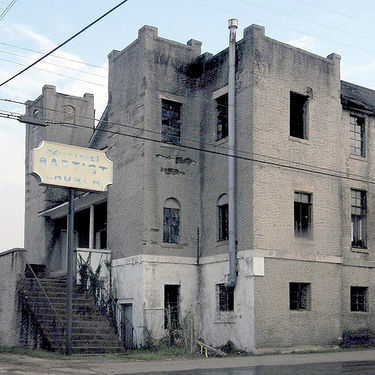 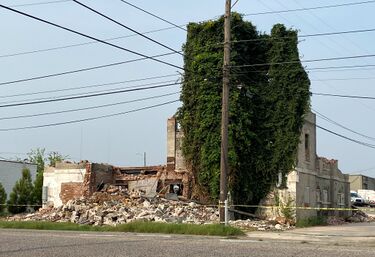 The 32nd Street Baptist Church was a Baptist church located at 518 32nd Street South in the Lakeview district from 1910 to 1995. In 1995 the congregation moved 3012 Dowell Avenue Southwest in the Powderly neighborhood of Southwest Birmingham. The 32nd Street building remained vacant for the next 26 years, during which time one significant renovation was attempted and abandoned. The remaining structure was demolished in 2021.

The church served a predominantly-black congregation organized in the early part of the 20th century as the Rising Star Baptist Church until the congregation relocated to a frame building on 32nd Street in 1910. A new building, erected in 1924, was designed by African American architect Wallace Rayfield.

During the Civil rights movement, the church served as a meeting place for the Alabama Christian Movement for Human Rights. It has been made a stop on the Freedom Trail and has been under consideration for National Historic Landmark status. It was measured and photographed in 1996 by Richard K. Anderson and Jet Lowe for the Historic American Buildings Survey.

The 1924 building was purchased in 2004 by Christy Hotz and Albany, Georgia attorney Bob Beauchamp. They worked with Joey Longoria of Sims Architectural Studio to redesign the space into eight luxury condominium apartments featuring double-height ceilings and tall windows. Although most of the pews were sold, eight were salvaged and were to be included in the new lofts. A stained glass window from the church was donated to the Birmingham Civil Rights Institute. The condominiums were marketed under the name Rayfield Legacy, but the project was left incomplete and the building, still lacking a roof, was put back on the market.

In May 2009 Terry Lee of the Naia Corporation announced plans for his development company Twin Oaks Investment Group, to purchase the church as well as adjacent property for their headquarters office. Naia's $1.5 million investment was supported by a $414,000 two-year low interest loan from the City of Birmingham. Renovation of the church was part of the company's long-term plan for a technology education center.

Then-owner Elane Lee-Isa was interviewed in April 2013 by Linda Lyons. She said that she and her husband had purchased the landmark with the idea to preserve and restore it as an asset to the community, as well as a personal investment. They considered several options for repurposing the building, including a small private school, a holistic wellness center, or a hospitality house serving nearby medical centers. She also expressed a desire to pursue its listing on the National Register of Historic Places, and a hope that a small exhibit on the history of the building could be included in any redevelopment.

In 1995 to an existing church building at 3012 Dowell Avenue Southwest in the Powderly neighborhood of Southwest Birmingham. The Powderly building was closed and put up for sale in 2009 after the church failed to keep up with its mortgage payments. In 2011 the Jones Valley Neighborhood Association urged the Birmingham Board of Education to acquire and demolish the vacant church and adjacent parsonage.