The motel was constructed in 1961. A ground testing facility used by the Hayes International Corporation was relocated for the access road to the new terminal and motel project by the City of Birmingham. The motel restaurant was known as The Aeronaut, and its bar was the Flight Lounge.

The hotel featured the Aeronaut Restaurant. 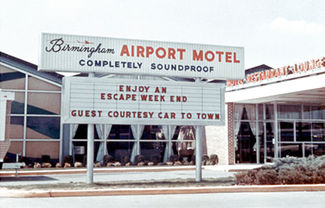 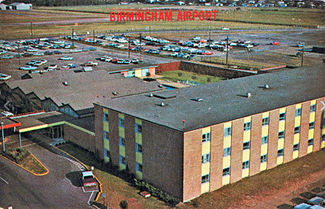 The motel, then known as Airport Inn Motel, was the site of a triple homicide during a robbery over the Thanksgiving holiday in 2005. Brandon Deon Mitchell was convicted of the murder of Kim Olney, 28 (the desk clerk), John Aylesworth, 42 (a truck driver), and Dorothy Smith, 58, who was visiting from Queens, New York.