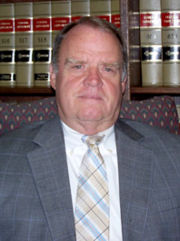 Hanes is a 1960 graduate of Woodlawn High School. He went on to get an undergraduate degree from Princeton University in 1964 and a law degree from the University of Alabama School of Law in 1967.

As an attorney, Hanes helped his father counsel James Earl Ray, the accused assassin of Martin Luther King Jr, but Ray dismissed his attorneys just prior to his 1968 trial. He later served on the team defending Robert Chambliss for the 1963 bombing of 16th Street Baptist Church. During the trial Hanes came to believe that Chamblliss was "an evil, unrepentant son of a bitch," and ultimately lost interest in criminal defense.

In 1984 Hanes was appointed to the 10th Judicial Circuit of Alabama by Governor George Wallace. He served there until his retirement in 2002. Since then, Hanes has served as a professor at the University of Alabama School of Law and practiced as an attorney specializing in alternative dispute resolution with Dominick, Fletcher, Yeilding, Wood & Lloyd.