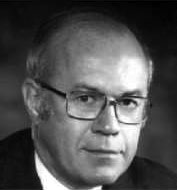 During World War II Rountree served in the Army's ordnance corps and as a military police officer. During the Korean War he was an infantry officer.

In 1962 Rountree moved to New York, New York and became a partner and corporate litigator in the firm of Debevoise & Plimpton. He was active in the American Bar Association and founded its litigation section, which he chaired in 1980–81. He retired in 1991 and moved back to Birmingham as a shareholder in Maynard, Cooper & Gale, leaving that firm in 2000.

Rountree cultivated a lifelong scholarly interest in ancient Roman history. He wrote and published The Roman Republic: An Historical Parallel?, Human Nature, Morality and the State, and Words: Essays and Other Words.

Rountree and his first wife had two sons, Robert and John IV. After she died, he married economist Helen Hill Updike in 1998.