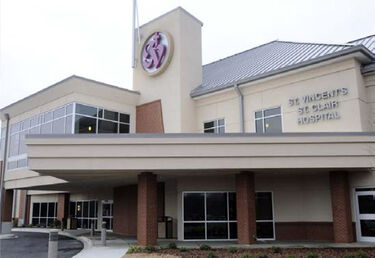 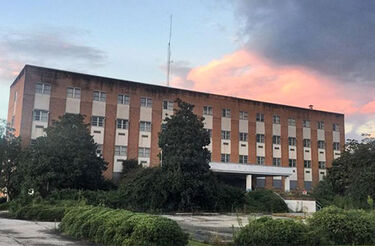 St Clair Regional Hospital was an 82-bed hospital constructed between 1968 and 1970 at 2805 Dr John Haynes Drive, just southeast of the I-20 junction with U.S. Highway 231. It was jointly owned by the city and county. Eastern Health System took over operations of the facility in the 1990s.

The Ascension St Vincent's Health System acquired Eastern Health Systems in 2007 and renamed the facility St Vincent's St Clair Hospital, soon petitioning the Alabama Certificate of Need Review Board for clearance to replace the aging building with a new 40-bed hospital facility. The application was approved on August 20, 2008.

The new $31 million hospital was completed in 2011 near the Jefferson State Community College's Pell City Campus just north of I-20, on Veterans Parkway off Wolf Creek Road, opposite the Colonel Robert L. Howard State Veterans Home. It has a staff of around 100 physicians in 16 specialties and includes an emergency trauma care facility, a dialysis center, X-ray, CT and MRI scanning suites, pulmonary function and gastrointestinal laboratories, and primary care, inpatient and outpatient clinics.

The former hospital building was put up for sale, but remained vacant for eight years. In 2019 the city and county undertook a process of hazardous materials abatement before it was demolished by Virginia Wrecking in September of that year.