Association of Women in Industry 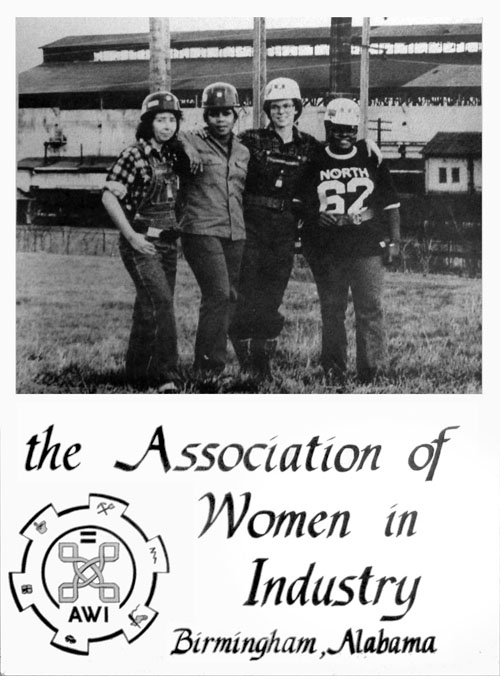 The Association of Women in Industry (AWI) was a labor group founded in Spring 1978 by a group of women who trained for high-paying coal mining jobs but were barred from employment. One of the founders was Jennifer Gunn, whose application to work at U. S. Steel's Concord Mine had been passed over.

The group helped women employed in or seeking employment in heavy industry in the Birmingham District. It was made up of both black and white women, though outside observers noted that the two groups seemed unaccustomed to working together. The group also had difficulty aligning itself with the United Mine Workers of America (UMWA), a group whose local leadership reflected sexist attitudes prevailing in its membership.

The AWI held regular meetings and published a newsletter and organized social activities to foster "support and encouragement" for women facing discrimination. The group also organized labor actions such as mass applications by groups of women for openings at the mines and followed up with hiring managers whenever it was believed that gender discrimination was a factor. The group hired attorney David Gespass to file complaints against U. S. Steel, Alabama By-Products, Mead and Jim Walter Resources through the Equal Employment Opportunity Commission and the Office of Federal Contract Compliance Programs. They alleged that mine and factory operators circumvented equal rights legislation by hiring by word of mouth rather than advertising openings. In most cases they won promises from the companies to make "good faith" efforts to level the playing field for female applicants. Those efforts yielded measurable success. By 1980 more than 6 percent of Alabama coal miners were women, and 13 percent of those were African American.

The AWI was also politically active, challenging the Birmingham City Council for allowing a KKK rally on the grounds that the Klan opposed equal rights for women as well as racial equality. It corresponded with the Oak Ridge, Tennessee-based Coal Employment Project (CEP) about the possibility of organizing a national conference. Three female coal miners at a Jim Walter Resources mine in Tuscaloosa County were harassed and threatened, and had their cars set on fire, when they distributed copies of a socialist newspaper, The Militant, that included reports of safety violations at the mine.

During the 1980s the coal industry suffered a deep recession and many of the women hired in the previous decade were laid off. Alabama's coal mining activities were also threatened by the growth of coal imports into the Birmingham District in the 1990s. The miners then found themselves competing with less labor-intensive strip mining operations. Formerly prosperous mining communities became isolated pockets of poverty.