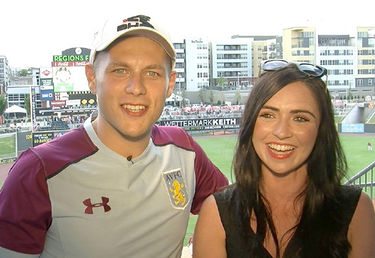 BHM not BHX was a notable example of confusion between Birmingham and the city of Birmingham, England.

In early 2015 Richella Heekins of the Birmingham, England suburb of Sutton Coldfield booked flights through Lastminute.com for a surprise trip to Las Vegas, Nevada for her boyfriend, Ben Marlow's 30th birthday in April 2016. She kept the planned trip a secret for more than a year, before announcing it at a party with family and friends. When they arrived at the West Midlands' Birmingham Airport (BHX), however, they learned that the flight they purchased originated at Birmingham-Shuttlesworth International Airport (BHM) in Alabama. Lastminute.com attempted to find alternate flights to Las Vegas, but was unable to do so, and neither their flights nor their hotel stay was refundable. In all, they parted with 1,200 ($1,745) for the mix-up. The couple instead celebrated Ben's birthday in Amsterdam.

The story of the mix-up was published by the Birmingham Mail and soon picked up by other news outlets. Virgin Holidays, which operates direct flights to Las Vegas from Manchester, offered the couple free flights and a five-night stay. In announcing the offer, the company added that Manchester was "not quite Birmingham, but better than Alabama." Virgin founder Richard Branson congratulated the couple on social media, and recounted his happiness on his weblog.

The story was also picked up in Birmingham, Alabama's local media. Civic booster Tom Cosby worked to arrange another surprise trip for the couple to spend two days in Birmingham, Alabama immediately following their Las Vegas trip. The event was organized by Cosby with assistance from the Greater Birmingham Convention & Visitors Bureau, Big Communications, REV Birmingham, and the Alabama Department of Tourism. During their visit, Heekins and Marlow were hosted by five young local couples, who shuttled them around the city through a busy itinerary designed to show them the best of the city's attractions. Hosts included Seth Muse, Caroline Collins, Michael Symes, Lindsey West, Satina Richardson, Deontée Gordon, Bekah Fox, Mat Harbin, Russell Hooks and Amber Hooks.