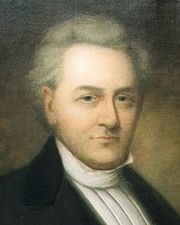 Manly was the son of Captain John Basil Manly and Elizabeth Maultsby Manly. His brother, Charles, served as Governor of North Carolina. He attended the Bingham Academy in Orange County and graduated as valedictorian from South Carolina College in 1821. He was ordained a minister in the Baptist Church in 1822 and led a major revival in the Edgefield District of South Carolina. He succeeded Richard Furman as pastor of First Baptist Church of Charleston and helped found Furman University in Greenville in 1826.

He left in 1837 and moved his family to Tuscaloosa when he was offered the presidency of the University. He improved and broadened the school's curriculum, recruited notable professors such as F. A. P. Barnard and Michael Tuomey, and made efforts to discourage dueling on campus. He founded the Alabama Historical Society.

Manly also became pastor of First Baptist Church of Tuscaloosa and he and his family operated a farm with 40 slaves. He preached on Biblical justification for the institution of slavery, but also recognized the humanity of Africans and encouraged masters to treat their slaves well. In 1845 he authored the Alabama Resolutions, which defended slaveholding by ministers and furthered the split of the Southern Baptist Convention from the national denomination.

Manly went on to lead the First Baptist Church of Montgomery. As chaplain of the Alabama Secession Convention and later first chaplain to the Confederate Congress, he administered the oath of office to Jefferson Davis as first president of the Confederate States of America in 1861. Manly viewed Secession as part of a divine plan. He suffered a stroke in 1864. He was pardoned for all offenses against the United State by President Andrew Johnson on September 12, 1865 and died three years later.