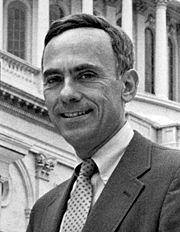 Erdreich graduated from Shades Valley High School in 1956. He received his bachelor of arts from Yale University in 1960. He then attended the University of Alabama School of Law, where he served as editor of the Alabama Law Review before graduating in 1963. After law school, he spent two years in the Army before setting up a private law practice.

Between 1970 and 1974, Erdreich served one term as a Democrat in the Alabama House of Representatives. He then was elected Jefferson County Commission, where among other things he spurred efforts to establish the Jefferson County Library Cooperative.

In 1982 Erdreich was elected to Congress from the Birmingham-based 6th District, defeating one-term Republican incumbent Albert Smith, Jr (This was the last time a Democratic challenger has defeated a sitting Republican congressman in Alabama).

Erdreich was the first Democrat to represent the 6th since 1965; it had been one of five districts to fall to the Republicans during Barry Goldwater's sweep of the state in that year's presidential election. Erdreich was re-elected four times, rarely facing serious opposition.

In 1992, however, the district was significantly redrawn as a result of a United States Department of Justice directive to create a majority-black district. After the state legislature failed to act, a federal court entered an order that shifted most of Birmingham's black residents to the 7th District. Some of the whiter and wealthier areas of Shelby and Tuscaloosa counties were then added to Erdeich's 6th District, making it one of the most Repubulican-leaning districts in the nation, and with a population that was almost 97% white.

Despite outspending his opponent, state Republican Party chairman Spencer Bachus, almost 2 to 1, Erdreich could not overcome the new demographic shift of the district and lost by seven points. (In the same election, George H. W. Bush prevailed over challenger Bill Clinton in the district by about 74% to 26%)

Erdreich, one of only a small number of Jewish politicians to ever be elected to federal office in the Deep South, was known for his bipartisan work in Congress.

After leaving politics he has partnered with his children, Jeremy and Anna in Metropolitan LLC, a development company focusing on central city projects. Among them is a townhouse on 2nd Avenue North which he shares with his wife, Ellen.