This article is about the downtown building. For the office building in Vestavia Hills, see Berry Building (Vestavia Hills). 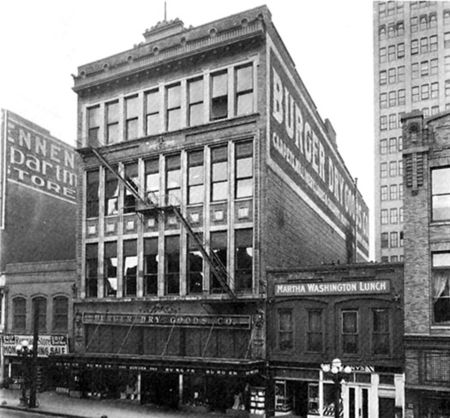 The Berry Building (also called the Burger Dry Goods Building or the Conwell Building) is a four-story commercial building constructed in 1906 for the Burger Dry Goods Co. located at 2015 2nd Avenue North. It was designed by architect Harry Breeding with a brick and terra-cotta facade, closely-spaced double-hung windows, and a pressed metal cornice.

The building took its current name in 1983 when developers John Lauriello and Steve Lichter took on the Berry Project, comprising the row of historic buildings from 2009 to 2017 2nd Avenue North and restored them as professional offices. Bob Moody designed the restoration and Craftsman Construction served as contractor.