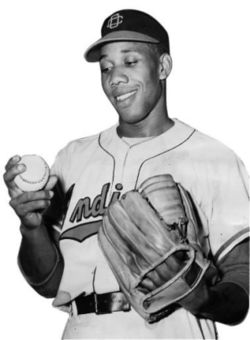 Greason was one of five children born to Lizi and James Greason. He attended David T. Howard High School and Booker T. Washington High School in Atlanta before he was drafted into the U.S. Marine Corps for service in World War II. He trained at Montford Point, a segregated cantonment at Camp Lejeune. He served with the 34th Marine Depot Company in the Pacific theater and was present on Iwo Jima when the island was captured in February-March 1945. His company, which was responsible for establishing supply chains to the interior of the island and was attacked by Japanese defenders, was awarded the Navy Commendation for their valor. The Montford Point Marines were awarded a Congressional Gold Medal in 2012.

After the battle, Greason was assigned to occupational duty with the 8th Service Regiment in Nagasaki and Sasebo, Japan. After his discharge he began playing professional baseball in the Negro Leagues for the Nashville Black Vols. During his second season he was picked up by the 1948 Birmingham Black Barons and helped the team win the Negro American League pennant. His September 30 start Rickwood Field gave the Black Barons their only win against the Homestead Grays in the 1948 Negro World Series.

Greason remained with the Black Barons into the start of the 1950 season. In the winters, he played in Puerto Rico, Mexico and the Dominican Republic. He pitched in the Caribbean World Series in Caracas, Venezuela before he was called back to active duty. During the Korean War he was stationed at Camp Lejeune in Jacksonville, North Carolina and played for the camp's baseball team, where he was first scouted by the St Louis Browns. 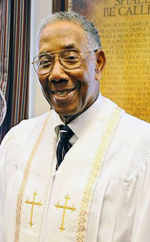 After his discharge, Greason signed as the first black player for the Double-A Oklahoma City Indians of the newly-integrated Texas League for the 1952 season. He went 9-1 there with a 2.14 earned run average in his first season, and continued to impress with the Houston Buffs in 1953 before he was acquired in October by St Louis for three minor leaguers and sent to the AAA Columbus, Ohio Red Birds. When he was called up in May 1954 Greason became the second African American to play for the Cardinals, following 6'-5" infielder Tom Alston.

Greason made two poor starts and one scoreless inning in relief for the 1954 Cardinals. He struck out Ralph Kiner, but surrendered a long home run to Ernie Banks. In three appearances totaling four innings he allowed eight hits and six earned runs with four walks and two strikeouts for an 0-1 record and 13.50 ERA. He was sent back down to AAA after nine weeks and continued to play in the Cardinals' minor-leagues organization until retiring from the AAA Rochester, Illinois Red Wings in the fall of 1959.

Greason returned to Birmingham and enrolled at Samford University. He completed his degree in divinity at Birmingham Baptist Bible College. He worked at Pizitz for fourteen years before he was called to the pulpit, and has spent more than three decades leading Bethel Baptist Church Berney Points. Greason is a founder of the Alabama Negro League Association and also established Project HELP to teach baseball to young people in Birmingham.

Greason was inducted into the Barons Hall of Fame in May 2015.