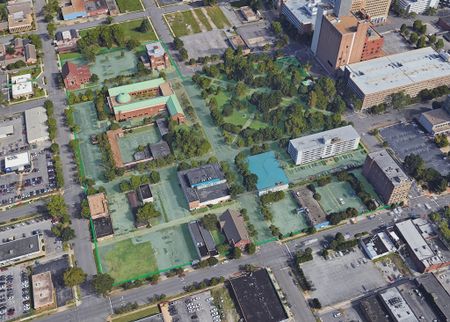 The Birmingham Civil Rights National Monument is a federal designation for an approximately four-block area in Birmingham's Civil Rights District. It was created by proclamation of president Barack Obama on January 12, 2017 after efforts to establish a National Park stalled in congressional committee.

In establishing the national monument, the city turned a portion of the A. G. Gaston Motel over to the ownership of the National Trust for Historic Preservation and the stated purpose of the proclamation is for the government to protect the historic motel and to preserve and protect sites and objects related to its role in the Civil Rights Movement. Other facilities named in the monument designation include the Birmingham Civil Rights Institute, 16th Street Baptist Church, the Colored Masonic Temple, Kelly Ingram Park, and the 4th Avenue Historic District. Also included is the Bethel Baptist Church in Collegeville where movement leader Fred Shuttlesworth held the pulpit during the 1950s and 1960s.

The National Park Service is responsible for creating a management plan by 2020 detailing the means by which it will preserve and protect the objects of historic interest associated with the designated monument and interpret the objects, sites and values of the movement for the public. The park service was further directed to form agreements with other authorities, such as the city of Birmingham and property owners to promote preservation, interpretation and visitor experience.

Development of the Birmingham Civil Rights National Monument began with the city-led restoration of the Gaston Motel and the park service's search for a superintendent to lead development of a management plan. A formal dedication was held outside the Birmingham Civil Rights Institute on April 15, 2017. Reggie Tiller came to Birmingham as acting superintendent for the Birmingham and Anniston monuments that month and began the process of compiling "foundation documents" to guide planning and management of the sites. Among Tiller's early priorities is the NPS-guided restoration of the Gaston Motel to its 1954 condition. According to him, the motel will house NPS staff, but will not include a visitor's center or gift shop because the BCRI already fulfills that need.

In 2019 the National Monument welcomed historian Barbara Tagger from the Selma to Montgomery National Historic Trail. Kris Butcher was named as permanent superintendent of the Birmingham Civil Rights and Freedom Riders National Monuments, beginning his tenure on October 27, 2019.