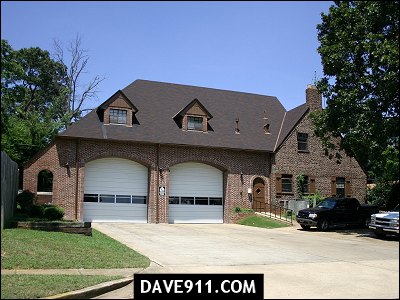 Birmingham Fire Station No. 24 is located at 4613 Avenue Q in the Central Park neighborhood. It serves Belview Heights, Central Park, and Vinesville. Built in 1924, the station was also the original home for the Central Park Library, established in the 1930s.

The original equipment bay faced Avenue Q. In 1960 the station was equipped with a single 750-gallon pumper truck.

At some point, the city decided to enclose the original bay and transform it into a day space for the firefighters. The current equipment bays, which face 44th Street Ensley, were added to the back of the building.

Fire Station No. 24 is part of the Belview Heights Historic District, which was added in 2000 to the National Register of Historic Places.