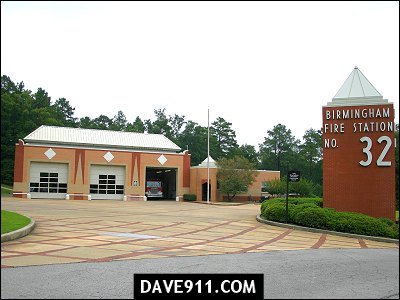 The original station was a Quonset hut placed on the site in 1986 soon after the city annexed a large area along the highway. It was considered necessary for the protection of businesses in the commercial area, but was viewed by some as an "outpost" of Birmingham's aggressive expansion efforts.