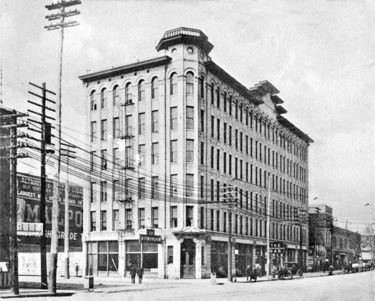 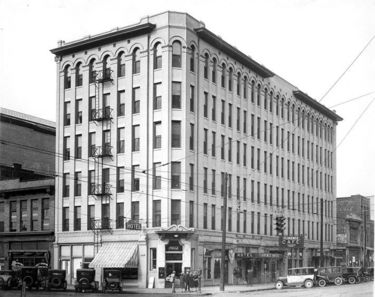 The Birmingham Hotel was a 6-story hotel location on the northwest corner of 18th Street and 2nd Avenue North. The plaster-faced building, constructed in the late 1890s, exaggerated its verticality with tall windows and sleek ornament. An octagonal corner tower originally supported a rooftop observation platform while the long facade on 18th Street was topped with a stepped gable with deep cornices which were later removed.

The business was renamed the New Florence Hotel in 1916, taking the name of the just-demolished Florence Hotel a block east, though the businesses were not related. The hotel, which then served mainly long-term residents, was destroyed by fire on June 6, 1935. A guest at the hotel was suspected of intentionally setting the fire, which caused two fatalities.