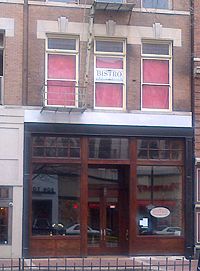 After being vacant for eighteen years, the owners of Seafood D'Lite renovated the space in 2008. After that restaurant closed in early 2012, Tom Saab did further extensive renovations and opened the Bistro in late Fall of that year.