From Bhamwiki
(Redirected from Bobby T)
Jump to: navigation, search 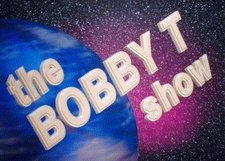 Bobby Tanory (usually known as Bobby T) is a disc jockey and television show host. He is the owner of Tanory Entertainment which provides video dee-jay services. Though he grew up and launched his career in Birmingham, Tanory has moved his show to Atlanta to access satellite broadcasters.

Tanory attended Ramsay High School where he played football and was a member of the Key Club. He then attended Auburn University, but transferred to UAB to pursue a double major in computer science and broadcasting.

In 1979 he created the first music-video television show in the nation (three years before MTV's debut in 1982). The Bobby T Show is still produced and is therefore also the longest continually running music video show anywhere. His show was the first to air karaoke competitions in 1986 and won two Billboard Music Video Awards for "Best Local/Regional Show" in 2001.

Tanory and his wife, Michelle currently reside in Atlanta.