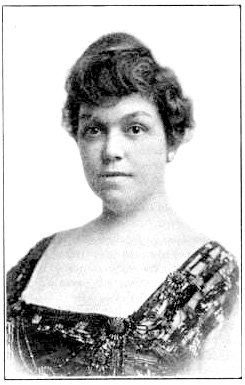 Bossie was the daughter of opera house-owner, Jefferson County Sheriff and Mayor of Birmingham Frank P. O'Brien. In 1886 the Birmingham Fire Department's newest steam engine was nicknamed the Bossie O'Brien in her honor.

At the age of twenty-one, married Oscar Hundley, a 41-year-old widower and former colleague of her father's in the Alabama State House of Representatives. They exchanged vows before Father Patrick O'Reilly at St Paul's Church on June 24, 1897. The couple had one daughter, Margaret.

Hundley joined the Birmingham Equal Suffrage Association soon after it was formed in 1911 and quickly rose to a position of leadership in the group. She became president of the Birmingham Chapter and then legislative chair of the statewide association. In 1914 she organized a petition drive which collected over 10,000 signatures calling for a referendum on women's voting rights. She and fellow suffragist, Mrs A. J. Bowron, drove across the state on a publicity tour in her Hudson Six. She debated Congressman Tom Heflin in front of a crowd of thousands in Wetumpka. Despite her efforts, the legislature ignored the AESA's demand for a referendum.

In 1915 she served as associate editor for The Birmingham Magazine, published by the Business Men's League. With her husband, she attended the 1916 Republican National Convention in Chicago. Her party affiliation and membership in the Catholic faith were two strikes against her campaign for the presidency of the AESA in 1916. She lost to Carrie Parke of Selma. Hundley chaired the "Red Cross Linen Shower" to solicit donations of bedding and towels for use in temporary hospital wards during the 1918 influenza pandemic.

Hundley was also active in music organizations. She was an active member of the Music Study Club in Birmingham and served as president of the Alabama Federation of Music Clubs and as corresponding secretary and director for the National Federation.

Oscar Hundley died in 1921 after a long decline. Bossie made several trips to Europe over the next years. By 1940 she moved to Black Mountain, North Carolina, taking rooms at the Monte Vista Hotel. She married Attleboro, Massachusetts jewelry manufacturer Maurice Jay Baer there on June 19, 1945. He died a year later, however, from a kidney infection.

Bossie O'Brien Hundley Baer died in 1966 and was buried near her home in North Carolina.