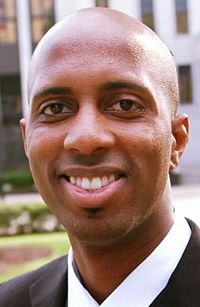 Brandon McCray (born c. 1981) is owner of All the Way Entertainment.

McCray has an associate's degree in television production and broadcasting from Jefferson State Community College. His company is involved in film production and talent management. He was a candidate for Birmingham City Council District 1 in the 2009 Birmingham City Council election, running on a platform of efficient economic development and improved public works. He came in last in his district with 54 votes (1.6%).

After Lashunda Scales left her City Council seat vacant to be sworn into the Jefferson County Commission he applied to be appointed by the Council to complete her term.