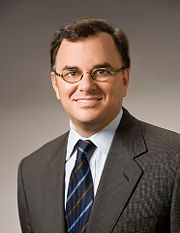 Brian Giattina (born c. 1967) is a co-founder of Corporate Realty Companies, chief financial officer for Giattina Aycock Architecture Studio, and the District 3 representative on the Birmingham Board of Education.

Giattina has a bachelor of science in business administration from the University of Alabama. He has served on the boards of the Birmingham Civil Rights Institute, Pathways, Big Brothers Big Sisters of Greater Birmingham‎‎ and with the UAB Biomedical Engineering Advisory Council. He was elected to the Birmingham Board of Education in 2009 and ran unopposed to retain the seat in the 2013 Birmingham municipal election.

He and his wife Elene have two sons, William and Gus.