Cadillac Café was a restaurant and bar located at 2001 Highland Avenue in the corner of the Shepherd-Sloss building at 20th Street South near Five Points South in Southside Birmingham.

Though the cafe was already open, the business was incorporated on January 31, 1973. Partners included Ron "Hap" Koetter and Anthony Madonia and Mark Luke. Tommy Bellsynder was also involved in the business.

Cadillac Cafe was open during the bulk of the 1970s. The venue was known for its pizza and chef's salads, and also, according to former patrons, for its easygoing observation of laws prohibiting the sale of alcohol to minors. 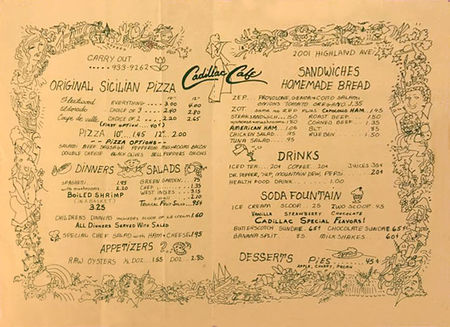