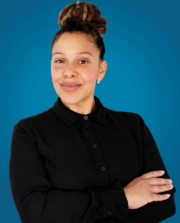 Celida Soto, formerly Celida Soto Garcia, (born June 24, 1980 in North Bergen, New Jersey) is the Hunger Advocacy Coordinator for Alabama Arise, serves as the board president for SWEET Alabama, and serves on the Board of Directors for the Dynamite Hill-Smithfield Community Land Trust.

Soto earned a dual bachelor's degree in sociology and criminal justice administration from Rutgers University, where she was also certified as a Criminologist. She began her career as an Academic Advisor at the Harlem Center for Education in 2002. After that she served as a child protective service investigator with the Division of Youth and Family Services and the Department of Human Resources, and worked for the U.S. Social Security Administration.

Soto founded Puente Inc. in 2009, before starting an assignment with the U.S. Census Bureau. After moving to Birmingham in 2014 she became an educational liaison for the UAB Minority Health and Health Disparities Research Center (MHRC), where she supported the development of the Bessemer Coalition, and organized with community residents, community based non-profits, and the Fountain Heights Neighborhood Association to form the Fountain Heights Coalition, where she organized a monthly mobile grocery store in the City of Birmingham at the Fountain Heights Recreation Center. In 2018 she served on the social justice committee for Mayor Randall Woodfin's transition team.

After the 2018 Thanksgiving night shooting, where a Hoover Police officer killed EJ Bradford at the Riverchase Galleria, Soto worked with the Bradford family to support their calls for justice. In 2019 she joined the board of directors for SWEET Alabama, where she serves as board president, and began working as a statewide Hunger Advocacy Coordinator for Alabama Arise.

During the summer of 2020, as a result of the global economic and health crisis that arose during the COVID-19 pandemic, and the national discussions around public safety in the wake of George Floyd, Soto's leadership was thrust into the spotlight. She was a leader in efforts to create policies which would prevent residents from losing access to electricity and water during the pandemic. She also advocated for Birmingham to adopt a participatory budgeting model, which could better protect city workers, and for investments in alternative public safety models. In 2021, as board chair of SWEET Alabama, she worked with a number of community organizations to support organizers working to secure union representation for workers at the Bessemer Amazon Fulfillment Center. In March 2021 she joined the board of directors for the Dynamite Hill-Smithfield Community Land Trust. On March 31, 2021, the Birmingham Urban League awarded Soto the #EmpowerHer: Social Justice & Advocacy Award as a part of Women's History Month.