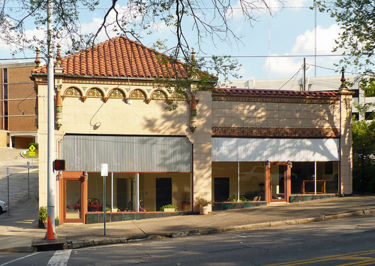 Computer Help for Kids (CHFK) was a non-profit organization established in 2000 by former Jefferson County Commissioner John Katopodis, Fairfield mayor Larry Langford and HealthSouth CEO Richard Scrushy to collect, refurbish and redistribute donated computers for use by school students and community groups. The group's offices were located at 1102 12th Street South in the "Pita Stop building".

The group began when, at Langford's urging, Katopodis was given some unused space in the Pita Stop building adjacent to HealthSouth Hospital. The space contained dozens of old computers no longer used by HealthSouth. Langford asked Scrushy to donate them for refurbishing. Katopodis drafted a non-profit plan under the name HELP: e-learn program, Inc. and the organization was launched with Bob McKenna as its executive director. Later directors included Eileen Ellison and Tycely Williams (2000-2002).

About a month before CHFK's non-profit status was secured, Scrushy signed an agreement with Birmingham City Council president William Bell to supply refurbished computers to community centers in exchange for payment of $200,000. Mayor Bernard Kincaid's attempts to have the city audit the organization in 2002 were met with resistance and ultimately discontinued without resolution.

The organization also received public funding, totaling more than $1 million. Fairfield donated $20,000 in 2001. After Langford was elected to the Jefferson County Commission in 2002, the County provided $765,000 in funds to the organization. Documents relating to all of these contributions, as well as the $200,000 payment from Birmingham, were subpoenaed by the Federal Bureau of Investigation. A 2009 state audit of the county's finances found that Jefferson County had paid $150,000 to the charity in 2007 without obtaining a report on how the money was spent, as required by law.

HealthSouth executive Ken Livesay joined CHFK's board as treasurer in 2002, the same year that the group's executive director was dismissed and Katopodis, a volunteer, took over day-to-day operations. During Scrushy's accounting fraud trial in 2005, Livesay testified about irregularities he had noted in CHFK's finances. According to Livesay's testimony, CHFK's accounting amounted to little more than a checkbook controlled by Katopodis. He said that he had difficulty getting information for his use as Board treasurer, and that what he was able to learn made him concerned that donated funds were being used for personal and political ends rather than for the organization's mission.

In 2005 Computer Help for Kids lent its non-profit status to TechBirmingham's "eCycling Day" activities in order that people donating computers could claim tax credit. In 2007 the group loaned 30 computers to the National Math Bee held in Birmingham. They also refurbished a lot of 40 computers donated by Jack Henry and Associates and gave them to neighborhood presidents so that they could communicate with City Hall by email.

Questions about the group came to the fore during the City Council's debate on whether to approve funding for the Birmingham Education Initiative, a newly-formed non-profit created by Langford to distribute and administer 15,000 XO laptops which the city agreed to buy from the One Laptop Per Child foundation under an agreement negotiated by Katopodis. Councilor Valerie Abbott expressed concerns about the "accountability and veracity" of people involved in the new group, specifying Katopodis when questioned on whom she was referring to.

Shortly afterwards new allegations about CHFK's and Katopodis' financial dealings were released by HealthSouth, which was engaged in preliminary motions in a suit brought against the company in 2005 by Katopodis, who claimed that Scrushy promised to donate the Pita Stop Building and a nearby vacant church to the charity. HealthSouth countersued, saying that Katopodis was paid by the company for work that was never performed. Papers filed by HealthSouth indicated that the company donated tens of thousands of dollars and hundreds of computers to the group, but could not track the use of those donations. Furthermore, the company alleged that unexplained payments were made to Langford, to Mary Ann Blake (the wife of former City Council member Jimmy Blake), and to Marc Anthony Donais, also known as adult film actor "Ryan Idol". HealthSouth claimed that computers were given to City Council and County Commission members as gifts. The company also claimed that rent payments were made even though the use of the building was donated and that CHFK funds went to various restaurants, airlines, casino ATMs and automotive dealers in transactions which had no apparent connection with the group's mission. Both Langford and Katopodis have given testimony by deposition in the lawsuit with HealthSouth.

A civil jury trial to decide the suit and countersuit began on March 25, 2008. In testimony Katopodis struggled to account for specific payments made from the charity's bank account and revealed that he had no personal bank accounts. A confidential settlement was reached on March 26, ending the trial.

In October 2008, Katapodis was indicted on federal charges stemming from mismangement of funds given to the Computer Help for Kids program. The indictment charges that Katapodis used approximately $250,000 of the $815,000 given to the charity by Jefferson County for his own personal gain and for the benefit of his friends, payments on his personal credit cards, and travel, including a trip to the Bahamas. Katopodis pleaded not guilty at his November 13 arraignment. His criminal trial began on June 22, 2009.