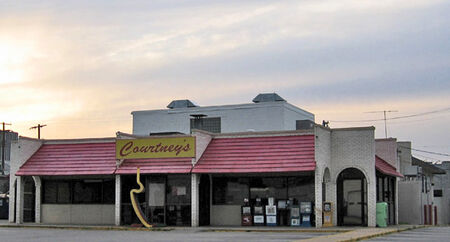 Courtney's Restaurant was a breakfast and meat and three lunch restaurant located at 2330 6th Avenue South in Southside Birmingham.

The restaurant was founded in 1995 by Courtney Towne and her husband Richard. They moved to Courtney's native Birmingham from Martha's Vineyard and purchased the former Country Kitchen. They hired many of the same staff and opened for breakfast and lunch, immediately attracting a steady following.

Joseph Williams, former owner of the Cameo Cafe, purchased the restaurant from Towne in December 2006, keeping as many recipes and staff as he could and adding only a few new entrees to the menu. He struggled to break even for three years before deciding not to renew the lease in 2010.