The church was first established in 1920 at a meeting at John Coker's house on Knob Hill, across Oxmoor Road from the present building. It went dormant during the 1921 depression, but was reorganized on April 5, 1925 with Lemuel Dawson as its first full-time pastor. Construction of a new, two story "Fieldstone Building" was completed by the end of that year. 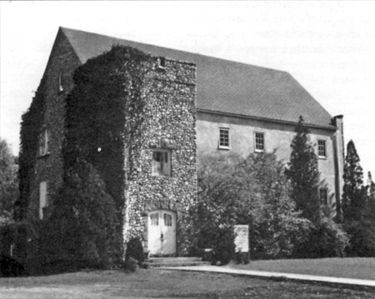 When Dawson died in 1938 the church had more than 400 members, who voted unanimously to rename it in his honor. Edgar Arendall became pastor in 1948 and led the congregation's post-war growth in a new sanctuary which was dedicated in 1951. George Turner's neo-Classical design was inspired by London's St Martin-in-the-Fields. Additional wings were added to the east in 1956 and to the west in 1959. A family recreation center was constructed on the site of a former grocery store across Oxmoor Road in 1969.

The modern North Building was completed in 1980, connected to the rest of the campus by an elevated, enclosed crosswalk. Since it took up a section of existing parking, the church proposed to demolish four houses that it owned on the west side of Evergreen Avenue for a new surface. Whereas previous requests had been approved by the city's Engineering Department, this matter came before a newly constituted Homewood Zoning Board, which denied the permit. Dawson filed suit, and lost, harming its relationship with its neighbors in the process. The four residential lots were resurveyed into two parcels and the church constructed "Missionary Houses" with extra parking in front.

In the 1990s Dawson prepared a new Campus Master Plan. this time the church sent Deacons to discuss their plans with residents as part of a "Good Neighbor Policy". Resulting compromises included the move of the Recreation Center and construction of a low-rise parking structure along with landscape improvements and a new vestibule. The 640-space parking garage was completed in 2000.

When planning the new education building, architect Terry Bigelow of CDH Partners in Marietta, Georgia proposed that the church purchase part of Manhattan Street. The proposal was quickly deemed politically untenable and the church's "front yard" became the fallback site for expansion. Due to zoning height restrictions, the new building has below-grade classrooms lit by areaways. Bigelow said of the resulting building, that "It's one of those things where you think you know what you should do and then you're told you can't have it and then it turns out even better than you expected."

According to figures compiled in 2005 by the Hartford Institute for Religion Research, Dawson's average weekly attendance approximates 2,500.