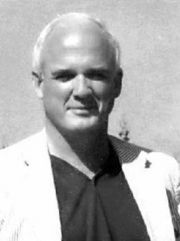 Comer was the son of Donald Comer Jr and the former Isabel Bibb Anderson. He graduated from the University of Alabama and served in the U.S. Air Force from 1961 to 1964. He married Jane Stephens, daughter of Elton B. Stephens, and began his career with Cowikee Mills in Eufaula. Aafter its merger with the family-owned Avondale Mills, Comer served as CEO.

Comer designed the logo for the Sylacauga Council on Arts and Humanities, founded by his mother.

Comer died in 2015 and was survived by his second wife, Marie, three children, and six grandchildren. He is buried at Greenwood Cemetery in Montgomery.