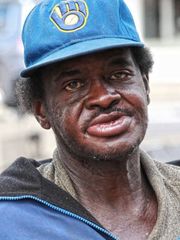 Douglas Benjamin Barnes (born c. 1958; died January 13, 2020 at UAB Hospital) was a street character who frequented "The Curve" in Homewood.

Barnes grew up in Rosedale and had a home there. Though he was not homeless, Barnes sometimes spent the night on the sidewalk. He was a member of Union Missionary Baptist Church in Homewood, but also attended All Saints Episcopal Church, Trinity United Methodist Church, and other churches.

On the evening of Monday, January 13 Barnes was crossing Independence Drive (U.S. Highway 31) at 29th Avenue South when he was struck by two vehicles. He was taken to UAB Hospital where he was later pronounced dead. The collisions appeared accidental and no criminal charges were filed.