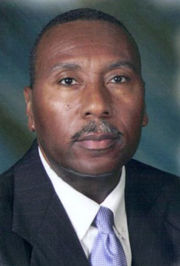 Douglas Lee Ragland (born August 23, 1956 in Fairfield) was superintendent of Midfield City Schools from 2007 to 2010 and a candidate for Birmingham Board of Education.

Ragland grew up in Wylam. He graduated from Ensley High School, being among the first African American students to integrate there. Upon graduation in 1974, Ragland enrolled in the University of Alabama at Birmingham (UAB), eventually settling on a major in elementary education.

In 1998, after he was named Alabama National Distinguished Principal, he returned to serve as early childhood/elementary personnel coordinator for Birmingham City Schools central office. In 2003 he became a hearing officer for the system. In 2004, he left Birmingham again to become superintendent of Greene County, Alabama schools until 2007.

After Donnie Breaseale announced he was retiring effective on August 1, 2007, Ragland was selected from a field of five candidates for Midfield's superintendent position, marking yet another return to the Birmingham area for him. In 2010, Ragland informed the board that he would rather not extend his contract, retiring on September 1 of that year..

Ragland ran for Birmingham Board of Education, District 1 in the 2013 Birmingham municipal election.

Ragland is married to the former Teresa Wiggins, an educator and pastor. The two were married around 2000.