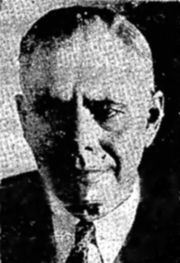 Edward Towner Leech (born June 17, 1892 in Denver, Colorado; died December 11, 1949 in Pittsburgh, Pennsylvania} was a newspaper columnist and editor who sometimes wrote under the psuedonym Dr. B. U. L. Conner, a comic character who also appeared in cartoons as a small man with a large nose.

Leech was the son of Edward Palmer Leech, U. S. Mint official, and his wife, the former Henrietta May Reasoner. He grew up in Denver and began writing sports stories for local newspapers while still in high school. He attended the University of Colorado and was a member of the Delta Tau Delta fraternity. He left after two years to work full time at the Denver Express. He was promoted to editor within four years and spent his entire career with the Scripps-McRae and Scripps-Howard newspaper chains.

While Leech was editor of The Memphis Press, he was jailed for 10 days in 1918 for contempt in relation to his editorials lambasting the political machine headed by Mayor E. H. Crump. He was escorted to the jail by a marching band and wrote a daily column about the experience and about the importance of a free press that was republished as a booklet entitled "What Next?" His incarceration brought the attention of the U. S. Senate's Judiciary Committee.

In 1923 Leech was sent to Birmingham to help launch the new Birmingham Post, for which he served as editor and publisher. His reporters, Jack Bethea and Lew Robinson printed a detailed story about a murder case in which they informed readers that the defendant was also facing indictment in two other cases. Judge Harrington Heflin decided that the story was intended to sway jurors and ordered the three of them to court to face a charge of contempt. They served less than a day.

In the Summer of 1926 Leech, writing as Conner, authored a fanciful series of columns entitled "A Love Story of Vulcan and Electra", narrating the romantic involvement between the Vulcan statue and his newly-installed counterpart, Electra. Leech was also credited with leading a media campaign against the Ku Klux Klan of the era.

Later that year, Leech returned to Denver as editor of the Rocky Mountain News just as its "war" with the Denver Post was heating up. 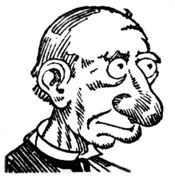 Leech became editor of The Pittsburgh Press in June 1931, where he spent the remainder of his career. While there he was known for exposing child labor and "sweatshop" conditions and also for championing environmental and beautification projects, especially after a disastrous spring flood in March 1936. Leech is credited with helping push along laws addressing flood control as well as water and air quality. He is also given credit for his role in the development of Penn-Lincoln Parkway and Point Park.

During his tenure with the Press Leech helped it grow to a circulation of over 265,000, making it the most profitable daily in the Scripps-Howard chain. Leech is also noted for hiring illustrator Nat Youngblood, who settled in Pittsburgh and went on achieve national recognition for his art.

Leech died at age 57 from complications following a surgical procedure at Pittsburgh's Mercy Hospital. He was survived by his second wife, the former Rose Loretta Roche, and her two daughters. He was also survived by two sons from his first marriage, to Pauline Bohanna, which ended in divorce in 1929.

Leech is buried at the Mount Lebanon Cemetery in Allegheny County, Pennsylvania. He was inducted into the Pennsylvania Newspaper Hall of Fame in 1973.

The Dr. B. U. L. Conner name lived on in the Scripps-Howard Chain as a local columnist for the El Paso Herald Post. A 1952 column under that by-line recommended independent candidate Anita Lee Blair, a blind woman who lectured on safety issues, for the Texas State Assembly. She won the seat.