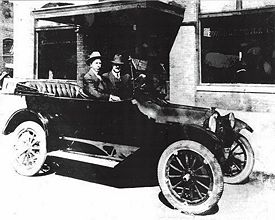 In February 1928 the dealership relocated to the new Edwards Motor Building at 1531 3rd Avenue North. The company survived the depression and World War II shortages by focusing on its repair service, which operated around the clock.

Edwards Motor Co. moved to its present showroom in 1944. It changed its name to Edwards Chevrolet in the 1950s. Sterling's son, Leon Edwards, took over ownership in 1962.