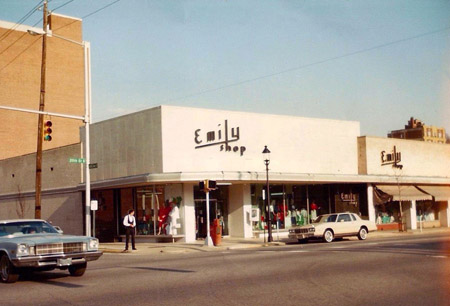 Postcard view of the Emily Shop

Emily Shop was a ladies clothing boutique located at 1001 20th Street South, on the southeast corner of 10th Avenue South. It was owned by Julian Aland and later by his son-in-law J. Theodore Abrams.

The store closed after extensive storm damage in 1996. The space was later leased by The Break pool hall, which relocated from Lakeview. The building was demolished in 2019 for construction of the 17-story 1001 20th Street South residential tower.