From Bhamwiki
(Redirected from Energen Building)
Jump to: navigation, search 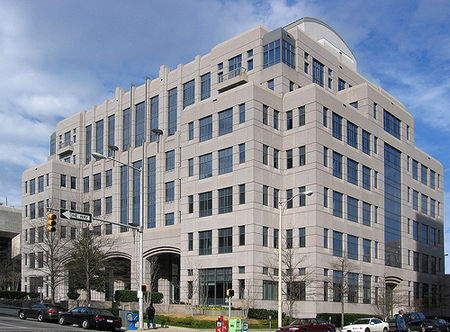 Energen Plaza was the headquarters building of Energen Corp., on the site of the former Essex House apartment building on the northeast corner of 21st Street and 6th Avenue North in downtown Birmingham. The 7-story, 130,000 square-foot pink granite-clad building was designed in a post-modern pseudo-historicist style by Smallwood, Reynolds, Stewart, Stewart & Associates of Atlanta, Georgia. It was completed by Brasfield & Gorrie in 1998 at a cost of about $25 million. Energen also leased several floors of the nearby Colonial Plaza for its Energen Resources subsidiary and some Alagasco departments.

Energen Corp. was sold to Diamondback Energy in 2018 and vacated the building in 2019. The company’s “Wonders of Alabama” collection of more than 265 oils, watercolors, and mixed media artworks was donated to UAB’s Arts in Medicine (AIM) program.