From Bhamwiki
(Redirected from Erskine Ramsey)
Jump to: navigation, search 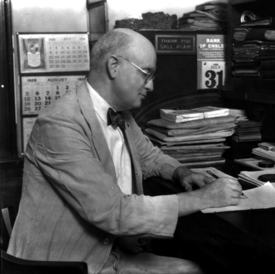 Erskine was the son of Robert and Janet Erskine Ramsay of Dunfermline, Scotland (also the birthplace of Andrew Carnegie). The couple emigrated to the United States after the outbreak of the U. S. Civil War when the skills of experienced miners were in great demand. His father was just emerging from the mines to learn the mechanic's trade when Erskine, their second son, was born. They soon moved to Shafton, where Robert was given charge of the hoisting engine and later promoted to superintendent of the Frick Company's Monastery Mine. Erskine grew up in his father's machine shop and was, at the age of 13, placed in charge of managing a co-operative general store. He remained employed while studying at the public school and saved his earnings.

Ramsay was frequently withdrawn from schooling by his father, eager that he learn from practical experience in the machine shop, and, later, in the clerk's office. In 1882 Ramsay joined the senior class at St Vincent's College in Latrobe, Pennsylvania. He graduated at the head of the class the following June and, at the age of 18, succeeded his father as superintendent of the Monastery Mine. He soon set a goal of surpassing the record of four tons of coke per oven charge, and was successful. The performance earned him the superintendency of the Morewood Coke Company, which was soon expanded by the additions of the former Southwest Coal Company and Red Top Mine. The combined company, which took the Southwest name, was the third-largest coke producer in Pennsylvania, with a 20-year-old Erskine Ramsay at its head. Despite his position, though, he turned his earnings over to his father, who paid him an allowance in return.

In 1886 Frick placed Robert and Erskine Ramsay in charge of constructing the Standard Mine and Coke Works in Mount Pleasant, Pennsylvania. The operation broke all records for coke production and earned the Ramsays wide acclaim.

In March 1887, Ramsay was offered the superintendency of the Pratt Mines by the Tennessee Coal, Iron and Railroad Company (TCI). T. T. Hillman, the company's vice president and former master of the Alice Furnaces, had recruited him from the Frick Company and TCI offered him a much higher wage than Frick could match.

Ramsay took charge of the mines on April 15 of that year and found them in a deplorable state from poor planning, stingy equipping, and lax operation. He quickly turned his energies toward correcting the greatest deficiencies, and earned resentment from old-timers in the district. He corresponded with his father and uncle frequently relating to problems he faced at Pratt. He also received much in the way of unsolicited and conflicting advice and demands from his superiors at TCI.

When Colonel Enoch Ensley announced the development of a new industrial city, named for himself, Ramsay saw an opportunity to join his peers in real estate investment and the manufacture of fire brick. Anticipating turmoil among the TCI executives, Robert Ramsay made sure to secure a job offer from Frick for his son to use as leverage. In March 1888, after a period of illness, Ramsay submitted a letter of resignation to TCI president Nathaniel Baxter, Jr. He withdrew the letter after agreeing to an increase of $50 per month salary with his friend and incoming general superintendent George McCormack.

With a more understanding general superintendent, Ramsay was allowed more leeway to apply his ingenuity to the problems of production. The output of the Pratt Mines increased markedly over the next few years, supplying coal to the Thomas, Alice and Sloss Furnaces. Ramsay engineered the digging of a new ventilation shaft and developed a means for making steam from the heat thrown off by the coke ovens to drive the mine's hoists and compressors. He also invented a system of shaking screens that separated lump coal from less-valuable slack, allowing the company to raise prices.

Ramsay was slowed only by the onset of jaundice, which severely weakened him through winter. He visited family in Pennsylvania that Christmas. After his return he was offered a higher wage by the Alabama Consolidated Coal & Coke Company, which TCI promptly matched, hinting at even greater opportunities to come.

Despite Ramsay's efforts at improving operations, trouble did come to the mines. An 1889 strike at the mine was easily defeated by using convict labor, but without addressing the underlying discontent. A fatal explosion in the No. 1 mine killed 10 convicts and a free laborer. An independent board of inquiry empaneled by Governor Thomas Jones found Ramsay free of fault in the accident. On November 16, 1894, Ramsay was appointed TCI's first "Chief Engineer of Mines", supervising technical management of all the company's Alabama coal properties. A year later, he was also named Assistant General Manager and given supervision of the company's Linn Iron Works, forcing him to move from Pratt City to Birmingham.

Meanwhile he and McCormack had formed a partnership to manage their growing portfolio of real estate investments, which included the Blossburg Coal Mine. His increased wealth gave Ramsay freedom to live in style. He took rooms with a private bath in the Morris Hotel, next door to the Potter Building where TCI's executives kept office. He was driven around town in a four-wheeled landau by a liveried driver. He became known for liberally entertaining visiting ladies and for keeping his room supplied with Scotch whiskey. This showiness was a matter of some concern to his father, and his caution helped Erskine avoid true excess. 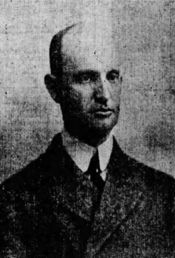 In 1901, the executives of the Tennessee Coal, Iron and Railroad Company were swept aside and Don Bacon was made president. By this time, Ramsay had turned down lucrative offers in Nova Scotia, Virginia and Pennsylvania because he had determined to make his life in Alabama. He turned to his other businesses and investments. He also collected royalties from the first of over forty patents for improved mining equipment that he had registered, and collected fees as a consulting engineer and mining inspector.

He and McCormack had incorporated the Ensley Company after the old Ensley Land Company failed and founded the Bank of Ensley on May 10, 1899, and later absorbed the First National Bank of Ensley. Principally, though, was the operation of the Pratt Coal Company, in which he had been an original investor. When he reincorporated the company in 1902, he quickly added the Globe Coal Company and his interest in the Ivy Coal Company to the profitable Blossburg mine and other coal investments in Jefferson and Walker County, and in Tennessee. The combined company was organized as the Pratt Consolidated Coal Company in December 1904. Ramsay also invested in a wide variety of businesses in Birmingham and served on numerous boards of directors. He backed Sid Lee in the early marketing of Buffalo Rock Ginger Ale.

Ramsay's tenure with the Pratt Company was marred by the 1911 Banner Mine explosion which killed 128 miners, all but five of whom were convict laborers. The tragedy occurred despite Ramsay's rationalized schemes for ventilation, dust suppression and handling of explosives. Furthermore, rescue efforts were imperiled by the failure of an air blower and several physicians participating in rescue efforts nearly died from the inhalation of noxious gases. A coroners inquest found the company blameless in the incident and Ramsay himself calculated the cost of physical repairs at only $1,200. The mine reopened within a week.

By 1916, with World War I production taking hold, the Pratt company controlled 98,000 acres of mining territory in Alabama and held a controlling interest in the Tennessee Consolidated Coal Company in Tracy City. At that time, Ramsay proposed a merger of the various "free" coal mines in the state, but nothing came of it. The company operated 18 mines with 54 openings, all strategically located to minimize the cost of transportation to market. Foreseeing the effects of competition with petroleum and hydroelectricity as power sources, Ramsay merged his coal interests with the Alabama By-Products Corporation (ABC) in 1923. The combined company had the technology to make the best use of the state's coal resources in the emerging market for industrial chemicals. Ramsay and executives at ABC organized several companies to market the various products "released" from the coal. 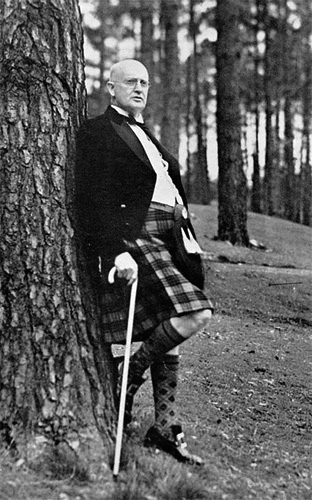 Governor B. B. Comer appointed Ramsay to serve as State Mine Examiner in 1910, hoping that his engineering expertise would help reduce the occurrence of fatal mining accidents. The next year he joined a U. S. Bureau of Mines commission to study coal mining methods in Europe.

In 1917–18 he devoted nearly his full time to his duties as Chief of Fuel Conservation during the World War I shortage. After the war he headed Alabama's American Relief Administration drive to feed starving children in Europe. He resisted any temptation to run for public office, knowing that, as a Republican, he stood no chance of winning any important positions in Alabama.

Ramsay served on the finance committee for the Semicentennial of Birmingham. He reported once the celebration was underway that those who contributed to the general fund would receive at least a 50% refund, as the committee had spent only $30,000 after having raised $60,000.

Ramsay was invited to join the Birmingham Board of Education in 1922. Though he was unmarried and childless, the opportunity to support so many young lives appealed to his nature and he soon accepted the presidency, which he held for nineteen years. He brushed aside a threat from a Ku Klux Klan representative opposing construction of a new Industrial High School for African American students, at a time when the Klan's political power was at a peak. He oversaw the conversion of the Paul Hayne School into a center for vocational training and personally donated a ceramic kiln to Ensley High School. During the second year of the board's "character education" campaign in 1924, he presented the system with an "Erskine Ramsay Cup" to be presented to the high school which cultivated the strongest spirit of sportsmanship each year. In 1930, the board named the new Erskine Ramsay Technical High School in his honor. Ramsay resigned from the board in 1941 and was succeeded by F. D. McArthur.

With his interest in education sparked, Ramsay gave generously to Alabama's institutions. He gave $100,000 each to the Alabama Polytechnic University at Auburn, the Alabama Woman's College, the University of Alabama, Birmingham-Southern College and Howard College. He extended that planned season of giving with numerous other donations to a variety of causes, including $65,000 for a new high school at his former home in Mount Pleasant, Pennsylvania. He also wrote large checks to fund construction of a homeless shelter and for an aviation training squadron in Birmingham at the outbreak of World War II.

Well into his later years, Ramsay kept regular office hours, conducting business and keeping up with mining news and business correspondence. In 1949 he commissioned metal plaques mounted in the roadway cut at Lone Pine Gap indicating the "IRON ORE SEAM" which was the basis of Birmingham's industry. He spent the last years of his life as a resident of a Southside clinic. He died in 1953 and is buried at Elmwood Cemetery.

A number of boys born in Birmingham were named "Erskine" in honor of Ramsay. In 1920 and 1921 Ramsay established savings accounts at the Bank of Ensley with $100 for each of them. Though he did not continue that practice, he always took an interest in the successes of his namesakes and sometimes made individual gifts. The publicity caused him irritation as he continued receiving letters, some dishonest, asking for money after the birth of another Erskine. When the bank failed in 1930 those deposits were lost. Among the more than a hundred young Erskines of Birmingham, football player and coach Erskine Walker and trumpeter Erskine Hawkins achieved the greatest fame. Ramsay and Hawkins corresponded more than once, as the young musician strove to live up to the name his mother had given him.