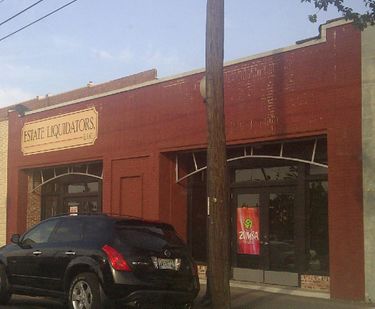 Estate Liquidators was a furniture, household goods and antiques dealer located at 7623 1st Avenue North in East Lake. The shop was opened in October 2011 by Vince and Hilary Amaro after the couple renovated both their shop and adjacent spaces. The Amaros bought estates for lump sums, then resell the better items at their store.

In 2017 Amaro announced that the store would close and the space be converted into studios for an artists' collective.