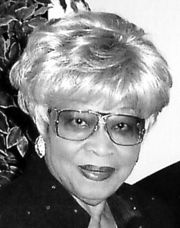 Shortly after graduating from Parker High School in the late 1930s, Starks and classmates Mildred Miller and Odessa Edwards formed a group called the "Gospel Harmoneers". Led by Starks on piano, the group performed at the 1940 National Baptist Convention in Birmingham and soon had their own live radio program, sponsored by A. G. Gaston, airing weekly on WSGN-AM.

Starks heard vocalist Dorothy Love Coates on another radio program and decided that her style and personality would be perfect for the group. After a slow start the rechristened "Gospel Harmonettes", with Coates on lead vocals, began a successful run that lasted until the late 1950s. Starks left the group in 1953 to pursue a teaching career. She was replaced by pianist Pee-Wee Pickard. Coates continued to lead groups based on the Harmonettes until 1977.

Starks graduated from Miles College and later earned a master's at UAB. She taught for 40 years in Birmingham City Schools, retiring as an assistant principal.

Reverend John Porter recruited Hardy to play piano and lead the choir at 6th Avenue Baptist Church in the early 1960s. She began arranging for and directing the men's choir in 1978.

Hardy died in 2015. She was survived by two children, and seven grandchildren. She is buried at Elmwood Cemetery.