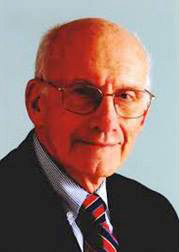 Holle worked at Birmingham's Channel 13 from 1950-91. He was a versatile broadcaster who knew how to do virtually every job at the station and he retired as assistant general manager.

He joined the U.S. Army in the 1950’s where he was pulled out of basic training to head the Army’s Radio, TV and Motion Picture Department. He continued his service with the 87th US Army Maneuver Command and retired in 1985 as a Brigadier General.

Holle graduated from the University of Alabama in 1950.

In 2012, he was inducted into the Alabama Broadcasters Association Hall of Fame.

In 2015, he was inducted into the University of Alabama College of Communication and Information Sciences Hall of Fame.

He was an active community volunteer and board member for the Boy Scouts of America, the Girl Scouts, the United Way, the Birmingham Symphony, the American Cancer Society, The Salvation Army, WBHM, the Better Business Bureau and Junior Achievement.