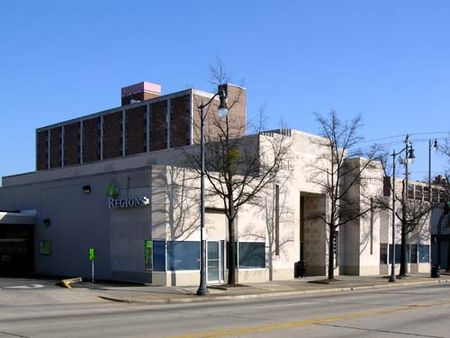 The Exchange-Security Bank of Birmingham, along with the First National Bank of Montgomery and First National Bank of Huntsville, was one of the banks that merged on July 13, 1971 to form First Alabama Bancshares (now Regions Bank). The bank continued to operate separately under its own name until the merger was formalized in 1975.

The Exchange Bank merged with the Security Commercial Bank in 1957 to form the Exchange-Security Bank. R. D. Russell was president of the bank in 1960.

A two-story stone and tile branch office designed by William Shaw was completed at 2250 Bessemer Road in Five Points West in 1960. The 6,000 square-foot branch office was constructed for $175,000 and featured three drive-in teller islands.

A one-story brick branch building opened at the Mountain Brook Shopping Center in February 1964. It was followed by another small branch at 1013 Vanderbilt Road which opened on October 22, 1965.

In 1973 the Exchange-Security Bank had branch offices at these locations: