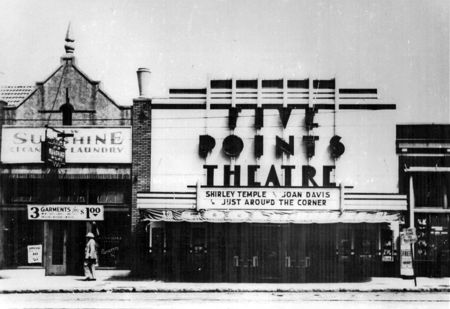 The Five Points Theatre in the 1930s

In its early days the theater used a Reproduco Cinema Organ to accompany silent films. Novelist Walker Percy (The Moviegoer) recalled that the first film he watched was a "Krazy Kat" cartoon at the Five Points Theatre.

The green and white glass facade was still visible above the expanded dining area of Surin West restaurant, which was remodeled in 2016. Other occupants of the space have included a post office, Taco Mac and Melons Restaurant.