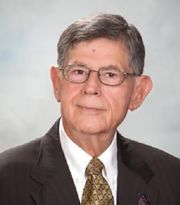 Christy was the son of Howard and Evelyn Frazier Christy. He earned his bachelor of science in civil engineering at Auburn University in 1968 and entered the U.S. Navy's Mine Warfare School before being commissioned as an Engineering Officer to the minesweeper U.S.S. Jacana (MSC-193). When that vessel was transferred to Indonesia, he went to the U.S. Naval Construction Forces (Seabees), serving in Da Nang, Vietnam and Port Hueneme, California.

After completing his military service, Christy took a job with Rust Engineering in Birmingham. He joined Paragon Engineering in 1971 and eventually became president of that company. He sold Paragon to Hatch Mott McDonald in 2007, and retired from the company in 2012. He later formed the E&LS Group which took on smaller projects and served as engineer for Indian Springs Village and Camp McDowell.

Christy was married to the former Lowell Kappel, a structural engineer, and had one daughter, Courtney.